Filippo Marfori Savini attended the first courses at the Accademia di Belle Arti in Florence, then he was a pupil of Domenico Morelli in Naples. He made his debut at the Promotrice Napoletana and exhibited in Rome, Florence, Milan, Turin, Venice, Paris, Munich, London. In 1916 in Florence he was awarded the silver medal of the Società di Belle Arti for a portrait of a lady. He also dedicated himself to etching and engraving and works of this kind are in the Galleria d'Arte Moderna in Rome and in the Uffizi in Florence. In 1916 he founded a school in Florence, which he directed, to which he gave the name of Accademia Internazionale di pittura e incisione. 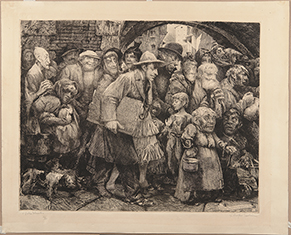