The monumental painting La Morte di Priamo, commissioned from Benvenuti by Prince Tommaso Corsini in 1808 and exhibited at the Florence Academy in 1812, is a significant work of the period in which the artist became the leading neoclassical painter in Florence. In 1803 Benvenuti was appointed professor of painting at the Florentine Academy and became its director in 1807. After Napoleon named his sister, Elisa Baciocchi Bonaparte, Grand Duchess of Tuscany in 1809, Benvenuti became the painter of the imperial court of Florence for a few years. The genesis of the painting and the various influences on the work have been studied with some depth, thanks also to the numerous preparatory drawings identified. See, in particular, the monograph dedicated to the artist by Liletta Fornasari (Liletta Fornasari, Pietro Benvenuti, Florence, 2004).
The unpublished drawing that I present here, notable given its format and technique, fits well into the sequence of preparatory studies reconstructed to date and shows to be related to the first idea for the composition, documented by a drawing preserved in the Florentine modern art gallery, closer to Canova's plaster of the same subject (1790) than is the final work painted by Benvenuti. 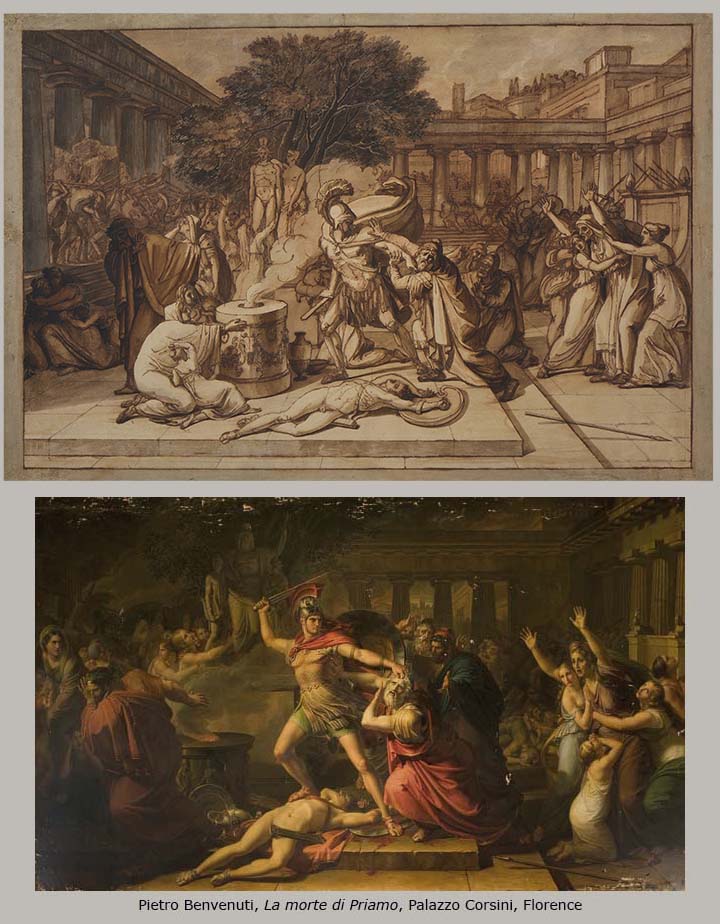