click to see a larger image
BARTOLOMEO PINELLI
(Rome 1781 - 1835)
HERMES BRINGS PROTESILAUS BACK TO HIS WIFE LAODAMIA FROM THE UNDERWORLD, 1823 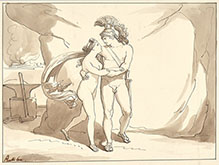 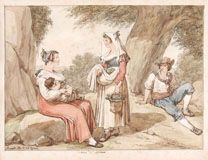 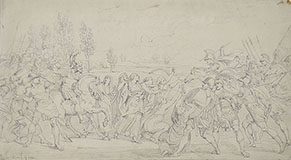 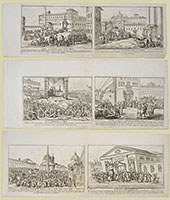