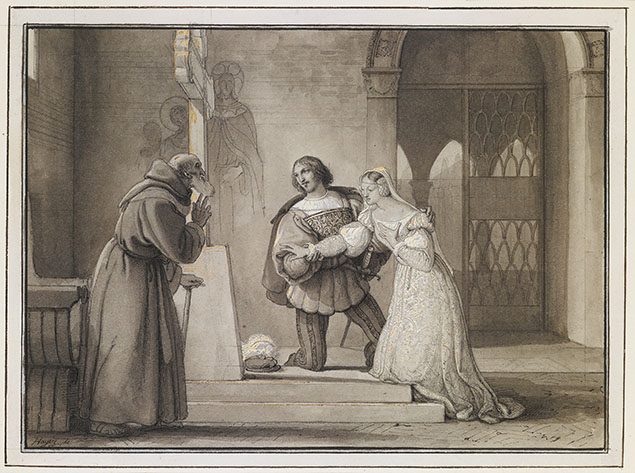 Pen with black and brown inks, over traces in black chalk, washed in grey and brown, heightened with white and yellow; signed Hayez fe in pen at lower left. 200 x 267 mm.
According to Mazzocca 1994, this fine drawing, realized with the quality of a miniature, can be identified as a drawn version of the lost painting of the same subject commissioned to Hayez by Frédéric Pourtalès in 1830. Pourtalès was colonel and Chamberlain to the King of Prussia.
LITERATURE:
Fernando Mazzocca, Francesco Hayez: catalogo ragionato, Milan 1994, cat. no. 147.
Fernando Mazzocca, Hayez acquarellista, in Fare storia dell'arte. Studi offerti a Liana Castelfranchi, 2000; page 224