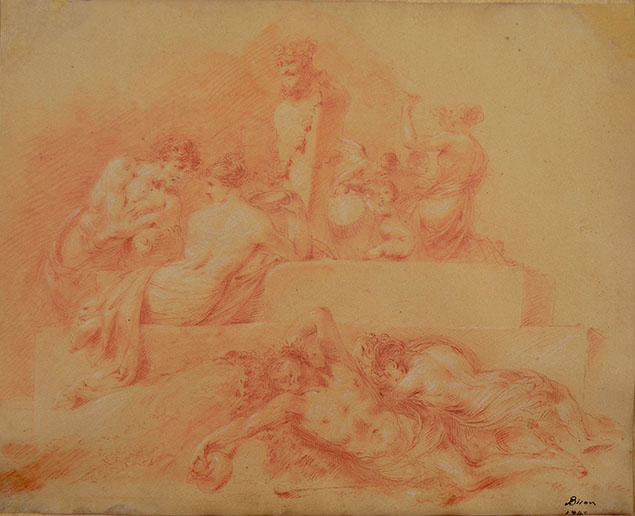 Red chalk and white heightening. Signed and dated at the lower right in pen and brown ink Bison / 1843.

Bison studied in Brescia and later at the Academy in Venice. The major influences on his work were the paintings of Gian Battista and Gian Domenico Tiepolo, Marco Ricci and Francesco Guardi. After traveling in northern Italy, the artist resided in Trieste (c. 1800-31), where he acquired certain neoclassical tendencies. Later, he moved to Milan, at that time dominated by the Romantic style. Bison was a virtuoso, prolific draughtsman. See: Giuseppe Bernardino Bison pittore e disegnatore, Milan, 1997, catalogue of the exhibition at the Musei Civici, Udine.