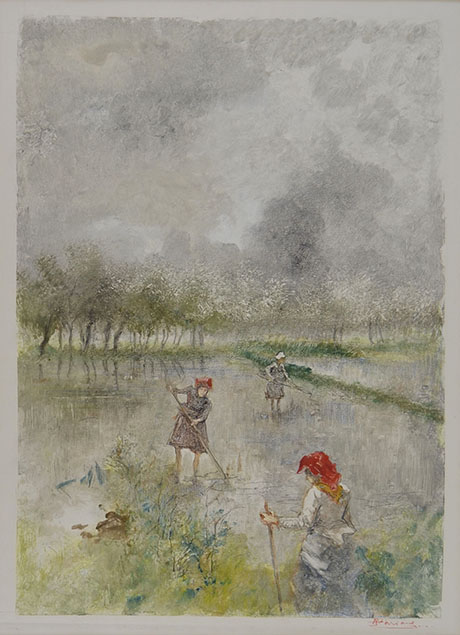 Mariani's mother was the sister of the celebrated painter Mosè Bianchi and at an early age Mariani became acquainted with the artistic circles of Milan. He studied painting in Monza with Eleuterio Pagliano. Various exhibitions in the 1880s helped him to establish a strong reputation, and in the 1880s and 1890s he developed the range of his favourite subject matter: harbour life at Genoa, duck shooting on the tributaries of the Ticino river, the racecourse at S Siro, and most especially, elegant women both in the cafés in Milan and the gaming tables of Monte Carlo. His work was internationally acclaimed. In 1923 a major retrospective at the Galleria Pesaro, Milan, included 348 paintings as well as etchings and monotypes. 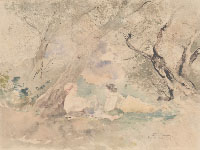 a) LA ZELATA b) FARMER AND COW
Two monotypes, sold together.