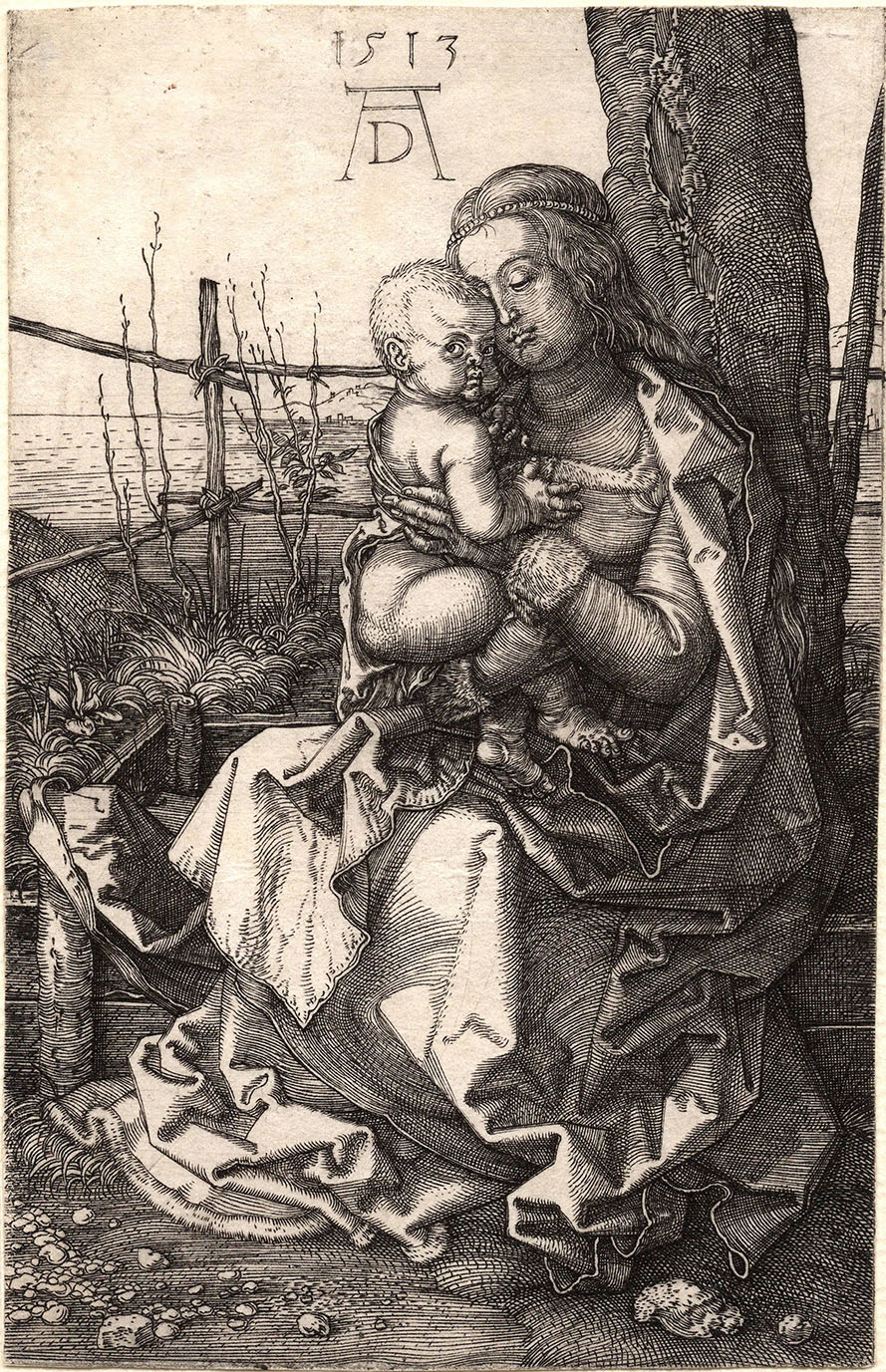 Engraving, a very good an sharp impression Meder 34 C (of E).
Signed in the plate with initials and dated upper center. Trimmed to the platemark. Skillful restoration of a tear in the paper, which does not concern the printed area, between the monogram and the left side
115 x 74 mm