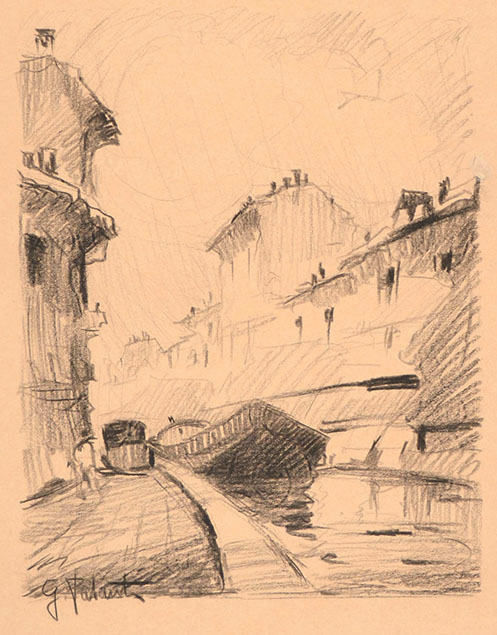 Born in Milan, Palanti’s first artistic training was at the Scuola superiore d'Arte applicata all'Industria, located in the Castello Sforzesco. From 1898 he followed the courses in painting at the Brera Academy, where he was the pupil of Tallone, Mentessi, Bignami and Pogliaghi. He gained his diploma in 1905. At the Brera Palanti obtained in 1907 the position of teacher.
A versatile artist, in the first part of his life he devoted himself to decorative arts and to graphics, designing textiles, ceramics, metal objects, furniture, posters and book covers. In 1906 he participated with various works to the Esposizione Internazionale di Milano, created to celebrate the opening of the Sempione tunnel. He also worked as designer of costumes and stage sets for La Scala, the Milanese opera house. In the second decade of the 20th century he worked as an urban architect and, after he came in contact with the new ideas of European culture about urban planning, he was the creator of the garden-city of Milano Marittima on the Adriatic coast, and was also active in the subsequent publicity campaign for the town.
As a painter Palanti devoted himself to salon painting, using a style derived from the scapigliatura movement. He specialized in portraits, still lives and landscapes and became a well-established painter, sought after by the Milanese middle class.