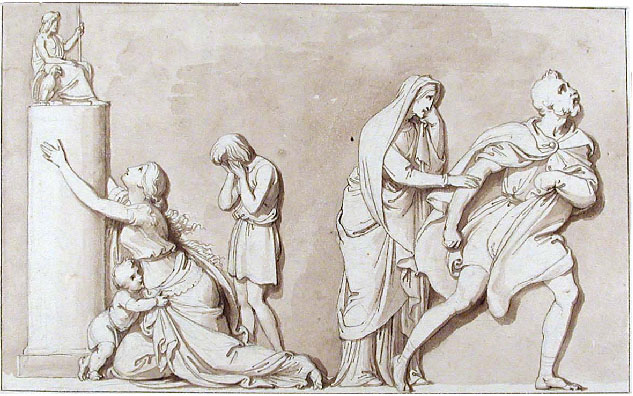 Minardi, one of the most skilled draftsmen of his time, received his first instruction in drawing in Faenza, from Giuseppe Zauli. In 1803 he won a scholarship to study in Rome, where he was introduced to Giani and to Camuccini and studied at the Accademia di San Luca. In Rome Minardi became interested in the Renaissance and traditional Catholicism and became acquainted with the German Nazarenes. In 1818 he was appointed director of the academy in Perugia. He returned to Rome, in 1821, to become professor of drawing at the Accademia di San Luca. In the subsequent years Minardi became a public administrator: he participated in the formation of the Società Amatori e Cultori di Belle Arti, and was appointed an associate professor at the academy of Florence and director of the British academy in Rome. Together with Bianchini, Overbeck and Tenerani, he signed the Purist Manifesto in 1842. As a teacher, instructing important artists, intellectuals, and amateurs, Minardi was a pivotal figure on the Roman art scene through nearly the entire evolution of the Risorgimento.