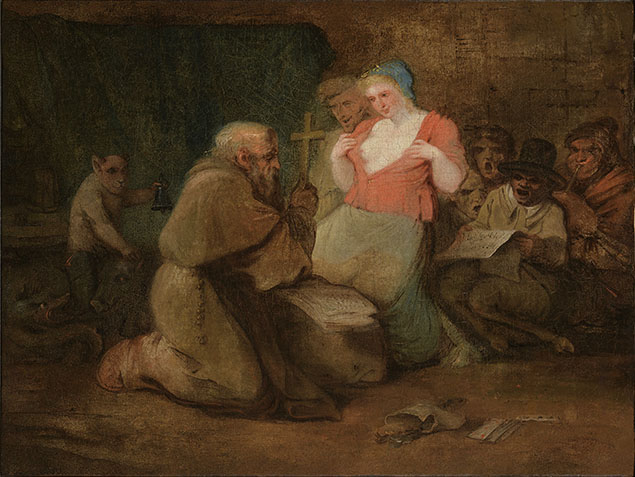 See here a comparison between the two works.

The published work, also unsigned, is of a smaller format and painted in a more sketchy way. It lacks also details that appear in our painting, such as the playing cards and the bag of coins in the foreground.
Ottani Cavina connects the sketch to a famous drawing by Giani preserved in the Uffizi, which shares its themes, and which she dates within the 18th century, Il Negromante. Certainly this dating must be shared for both versions of the Temptations.

As noted by Ottani Cavina, Giani uses 17th century Dutch sources for the subject, in particular the numerous Temptations of Saint Anthony painted by David Teniers the Younger. 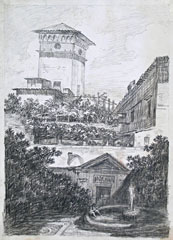