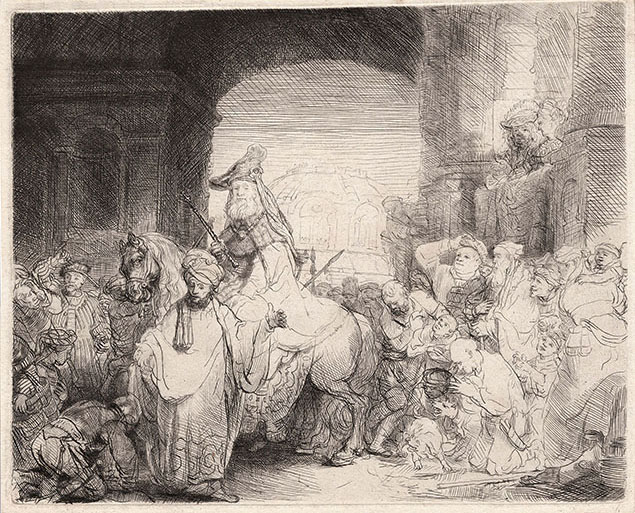 Etching with drypoint, circa 1641, on laid paper with partial indistinct watermark. A good impression of New Hollstein’s third state (of four), with still a good contrast and slight traces of the drypoint burr. Small even margins, very good condition; 173 x 215 mm.