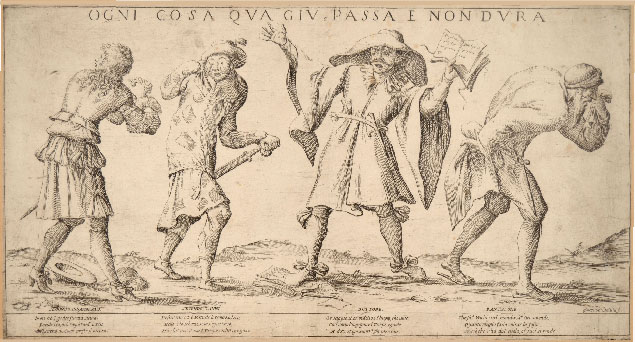 Etching, Varignana 236, signed in the plate Gioseffo Ma Mitelli f. Printed on laid paper with watermark circle with indistint content surmounted by trefoil. With margins on three sides, trimmed to the platemark on the right side; minor faults at margins, generally in very good condition. To the platemark 290 x 545 mm; the entire sheet measuring 350 x 575 mm.