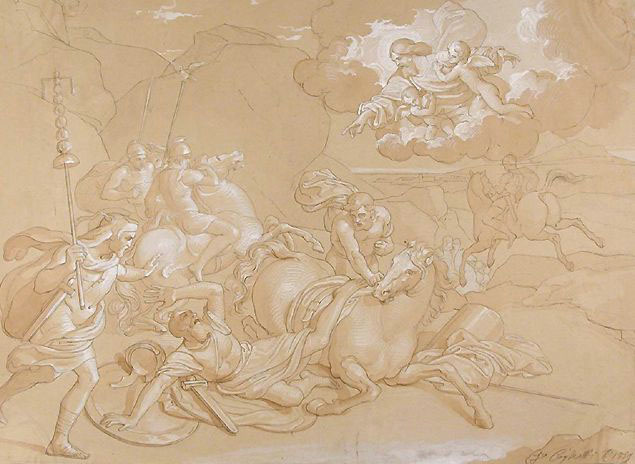 Coghetti studied at the Accademia Carrara, in Bergamo, under Giuseppe Diotti. In 1821 he won the Grande Concorso per il disegno di Figura announced by the Milanese Accademia di Brera and then moved to Rome, where he was introduced to Vincenzo Camuccini, whose studio he frequented. After his marriage, in 1825, Coghetti decided to settle in Rome, where he became a successful painter of altar-pieces, a fine portraitist and had many commissions for decorative frescoes in the Roman palaces and elsewhere. In 1858 Coghetti gained the chair of painting at the Accademia di San Luca.