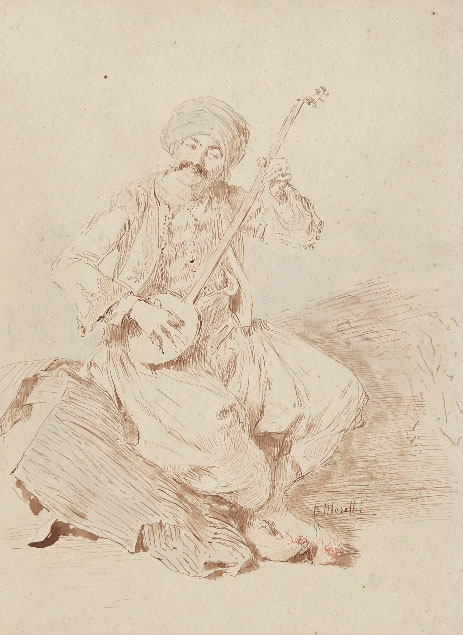 Alongside Filippo Palizzi, Morelli was the most important artist of the second half of the XIX century in Naples. Morelli enrolled in the Accademia in Naples in 1836 and in 1848 won a fellowship to study in Rome. During the 1850s he visited Florence; under the influence of the historian Pasquale Villari, and inspired by Hayez, he moved to romantic and historical themes. With them he began a phase of verist painting, which he pursued with a trip to Paris for the 1855 Universal Exposition. He returned to Florence to report his observations and to participate in the Macchiaioli discussions. In subsequent years Morelli introduced a vision of reality derived from Palizzi into his historical paintings. Morelli, who was one of the major Neapolitan ottocento artists, had a distinguished academic career, as director of painting, figure, and ornamentation from 1891, and from 1899 president of the Istituto di Belle Arti. Morelli was also an etcher and realized four original prints. 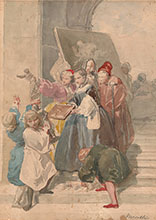 THE CONFISCATION OF THE PAINTINGS BY SAINT LAZZARO THE ICONOGRAPHER, IN CONSTANTINOPLE
Watercolour over traces in black chalk