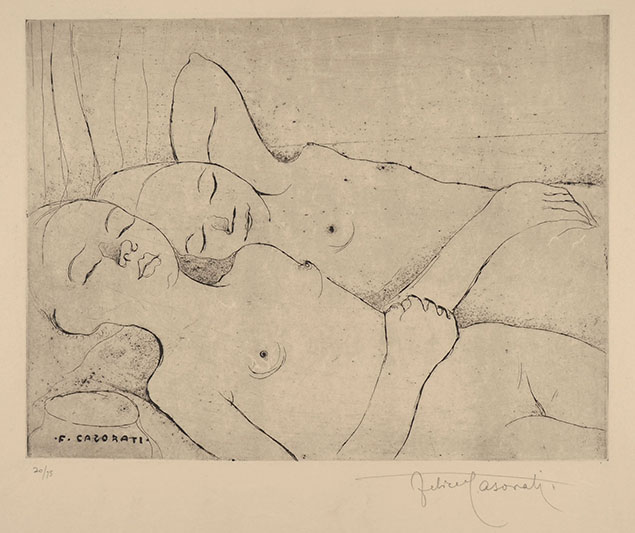 Etching and drypoint, signed in the plate F. CASORATI, numbered and signed in pencil at the bottom margin 20/75 / Felice Casorati; a fine impression on simili Japon. Full margins, in very good condition. To the platemark 244 x 324 mm, the entire sheet measuring 490 x 643 mm.
PROVENANCE: the print was published by Lamberto Vitali for his Grafica Moderna editions and bears his blind mark: a cricket with letters G M. 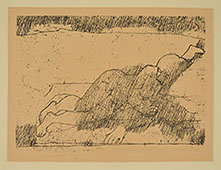 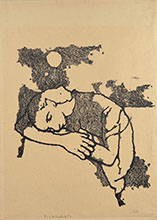 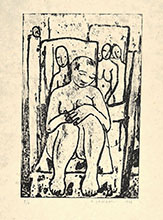