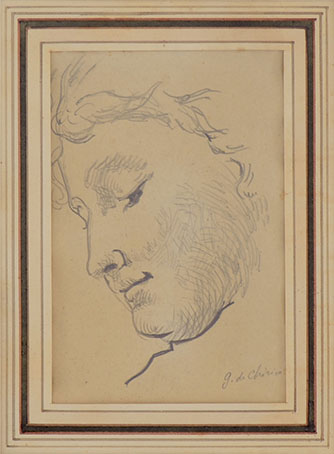 Black chalk (graphite) on a notebook sheet. Signed G. De Chirico. 130 x 85 mm.
The drawing is accompanied by the certificate of authenticity, issued by Claudio Bruni Sakraischik in Rome, 5 June 1974.