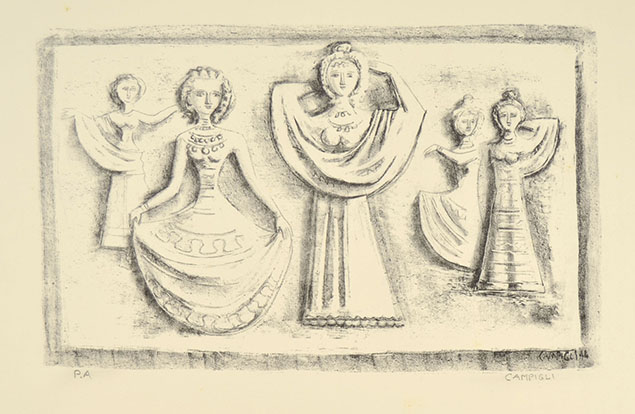 Lithograph, Meloni-Tavola 72. One of the 12 lithographs for the book LIRICHE DI SAFFO,
Signed in the stone bottom right CAMPIGLI 44. Signed in pencil at bottom P.A. / CAMPIGLI.
Printed in Venice, 1944, by Stamperia del Cavallino. The edition was: a few proofs, partly signed; 2 numbered, signed and dated impressions printed on a beige background; 122 copies on Marais paper, 3 on Madagascar paper and 15 on Japanese paper (12 of them numbered in Romans , signed and dated, 3 numbered A B C).
This is one of the few signed proofs, on Marais paper.
Printed area 193 x 312 mm, the sheet measuring 330 x 428 mm. 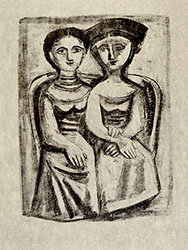 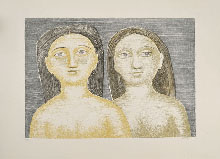 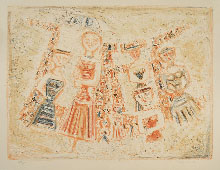 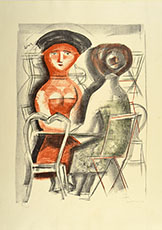 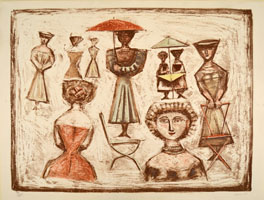 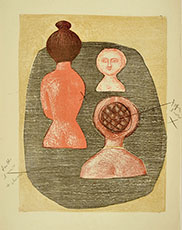 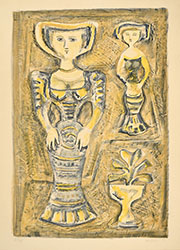 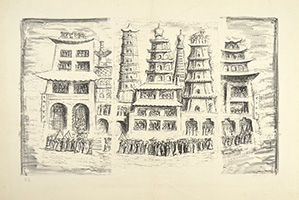 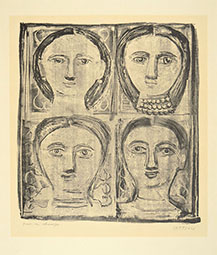