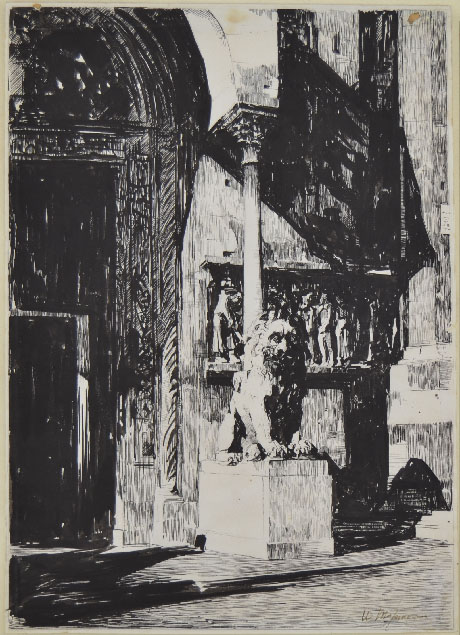 Mostly a printmaker but also a painter and sculptor, Migliavacca was a pupil of Salvatore Postiglione. Later he trained at the Istituto di Belle Arti di Modena, where he specialized in engraving techniques. He soon received some academic awards and was admitted as an honorary member in the Reale Accademia di Belle Arti of the city in 1914. In 1916, still as a printmaker, he participated, with various works, in the Exhibition of Italian Etchers in London.
In the twenties, in the exclusive field of graphic production, he obtained the maximum consent, receiving several times the invitation to exhibit in the Biennale di Venezia.