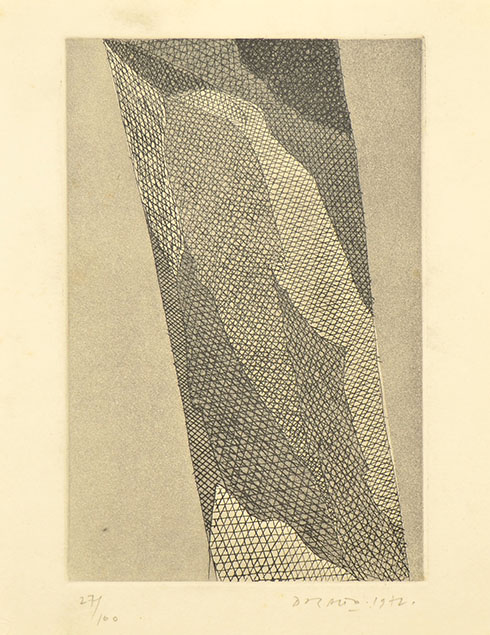 Piero Dorazio was one of the leading figures in modern painting in Italy, and responsible for reviving the Futurist and Abstract movements. He studied architecture at the University of Rome from 1945 to 1951. About the same time he joined the Arte Sociale group. In 1947 he co-founded Forma 1, the first group of Italian abstract artists. Also in 1947 Dorazio was awarded a scholarship to the Ecole des Beaux-Arts in Paris, where he spent a year and met the Cubist Georges Braque, and the founders of Dada, Jean Arp and Francis Picabia. In 1953 Dorazio traveled to the United States, where he met Rothko, Motherwell, Kline and Clement Greenberg. In the same year he gave his first personal exhibitions  in New York. After returning to Rome in 1954, Dorazio periodically visited Paris, London and Berlin. In 1955 he wrote La Fantasia dell'Arte nella Vita Moderna, the first book dealing with the international modern tradition to appear in Italy.  From 1960 to 1969 he taught at the Graduate School of Fine Arts at the University of Pennsylvania. Firmly established as Italy's leading abstract modernist, Dorazio had a number of significant exhibitions, often with the Marlborough Gallery (in Rome, New York and London) as well as shows at the Museum of Modern Art in New York (1965); he curated the 1970 Venice Biennale. In the early seventies he settled in a hermitage in Todi, Italy. 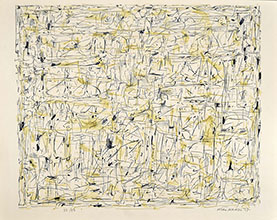