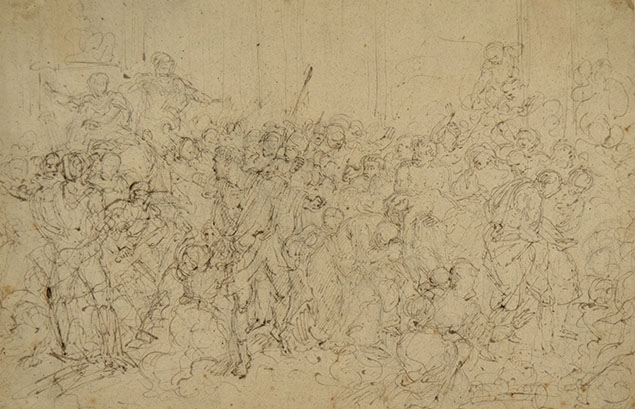 Pen, brown ink, black chalk, on grayish wove paper.258 x 400 mm.
The graphic style, quick and incisive, recalls that of the Sabatelli family.
This work illustrates a Roman story dating from ca. 450BC, in which the centurion Virginus stabbed his daughter, Virginia, to protect her from the lust of a cruel consul, Appius Claudius Crassus.  Virginus put his daughter’s honour before her life.  This event brought about an uprising and the eventual fall of the ruling Decemvir.
The subject, originally referred by Tito Livio, was taken up several times in European literature.