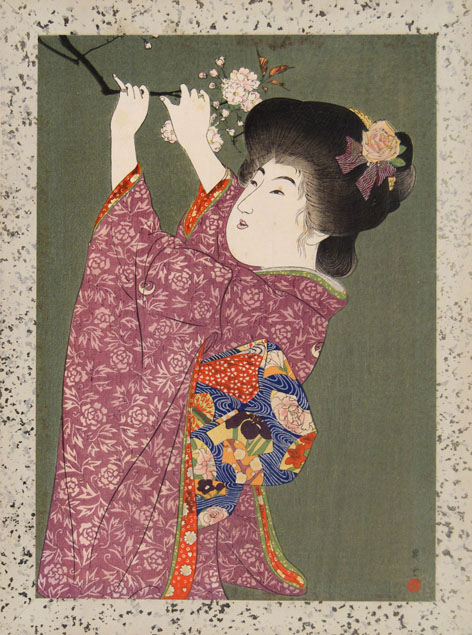 Shoun studied Nanga painting in Tokyo with Taki Watei and later worked as an illustrator. He exhibited his works regularly in the official Bunten and Teiten juried art shows. His artistic career spans the Meiji, Taisho and Showa periods, his greatest activity being between 1890 and 1920. Shoun created series of beautiful women, birds and flowers and landscape prints, which were published by Matsuki Heikichi. Best known is the bijin series Fashions of Today published in 1906. Shoun's style, distinctly modern compared to Ukiyo-e, was transitional between the Ukiyo-e tradition and the Shin Hanga artists. In the latter part of his career Shoun was mainly active as a painter.