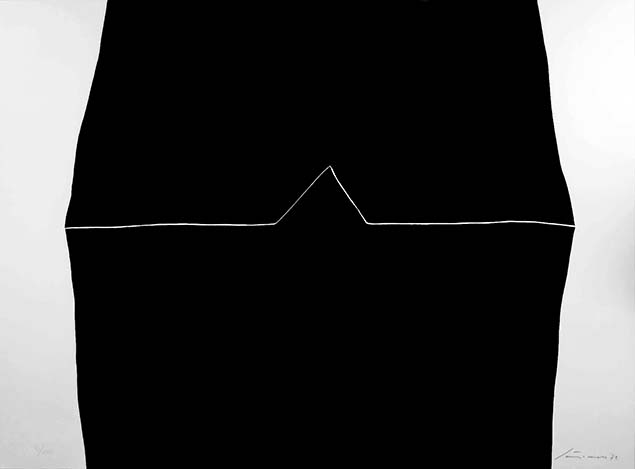 Born as a goldsmith's son, Giuseppe Santomaso  studied at the Accademia di Belle Arti in Venice from 1932. Two years later he was invited to participate at the Venice Biennale. In 1937 he was able to visit Holland, where he studied the Impressionists and Fauves. He visited Paris too, where his first solo exhibition was organized in 1939. Santomaso participated in the Quadriennale of Rome in 1943 and in 1946 he was a founding member, in Venice, of the antifascist artists’ organization Nuova Secessione Artistica Italiana— Fronte Nuovo delle Arti. Here he fought for a position between illustrative realism and pure abstraction. The artist's tendency towards classical Modernism was first expressed in a subject-oriented symbolist language reminiscent of Braque and Léger. In the early fifties he began to look into informal Art.  Up to his death in 1990 Santomaso taught at the Venetian art academy and from 1954 to 1974 he contributed to the Venice Biennale thirteen times, was invited to Documenta, in Kassel, three times and took part in numerous national and international exhibitions.