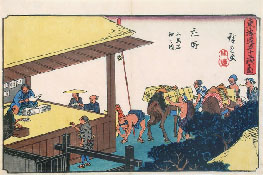 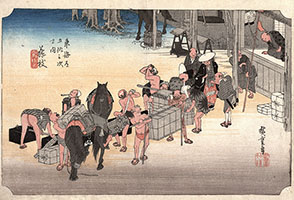 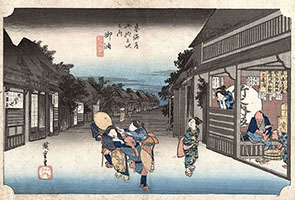 A BEAUTY ON A FERRY CROSSING THE SUMIDA RIVER IN HEAVY SNOW
Colour woodblock print, RESERVED

SNOW IN THE PRECINCTS OF THE TENMAN SHRINE AT KAMEIDO
Colour woodblock print
Sold
If you need more information...