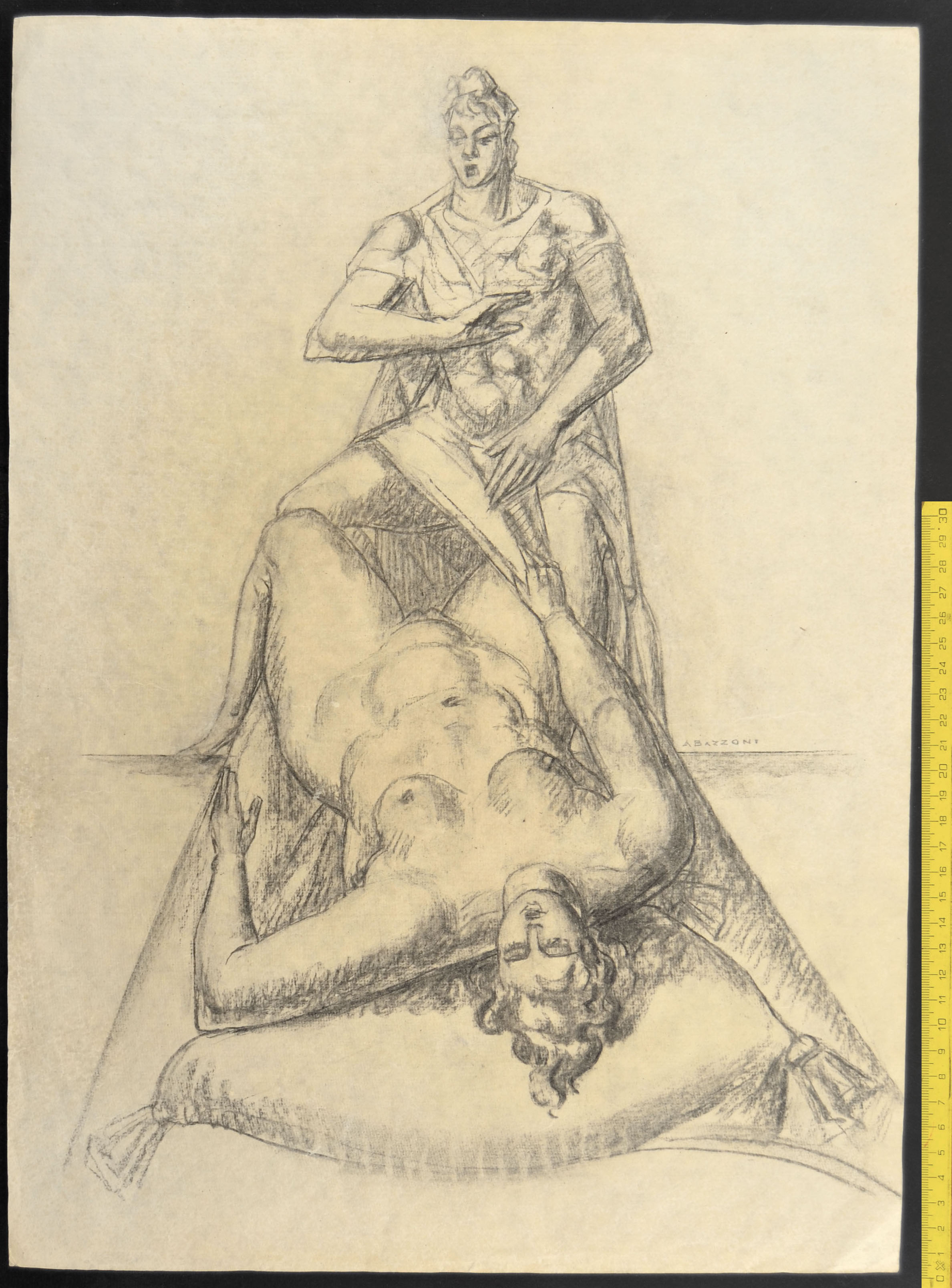 click to see a larger image
ALBERTO BAZZONI
(San Nicomede, Parma 1889 - Milan 1973)
A MAN AND A WOMAN (Giuseppe and Putifarre s wife, or Stenebea and Bellerophon)

Bazzoni was taught at the Accademia in Parma by the painter Paolo Baratta and the sculptor Oscar Spalmach. Then the Secession movement, Ivan Mestrovic and Leonardo Bistolfi influenced his work. After the First World War Bazzoni executed many war memorials in Emilia. Between 1928 and 1931 he decorated with relieves the Central Station in Milan and in 1936 he executed the relief The fall of Lucifer in the Milanese Palace of Justice. His career ended just after the Second World War. See Trinity Fine Art Ltd, Alberto Bazzoni, Exposition de dessins et sculptures, exhibition catalogue, Paris, 1993. 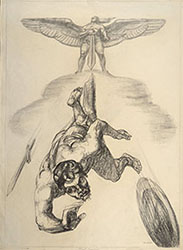 STUDY FOR AN EQUESTRIAN MONUMENT, IN PROFILE
Black chalk
Price: 300,00 €
If you need more information...