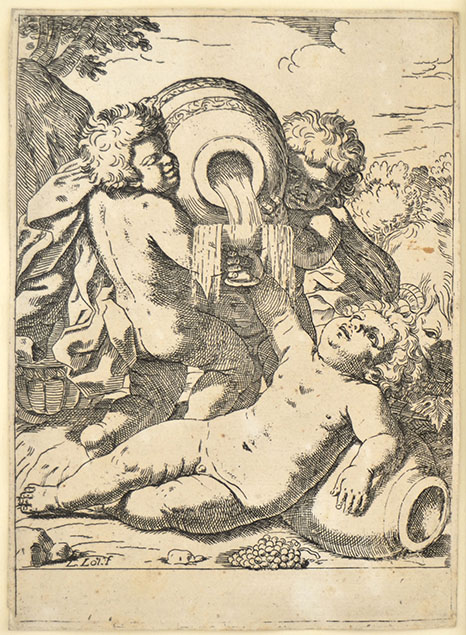 click to see a larger image
LORENZO LOLI
(Bologna 1612-1691)
THREE PUTTI, TWO POURING WINE FROM A LARGE VASE INTO A CUP HELD OUT BY THE THIRD

The painter and etcher, Lorenzo Loli, was taught by Guido Reni and Andrea Sirani, after whom many of his plates were etched. Several of his altarpieces and paintings on religious themes have been preserved in his native city of Bologna. Loli was a typical representative of Emilian Baroque painting and one of the best Bolognese painter-etchers of the Seicento.