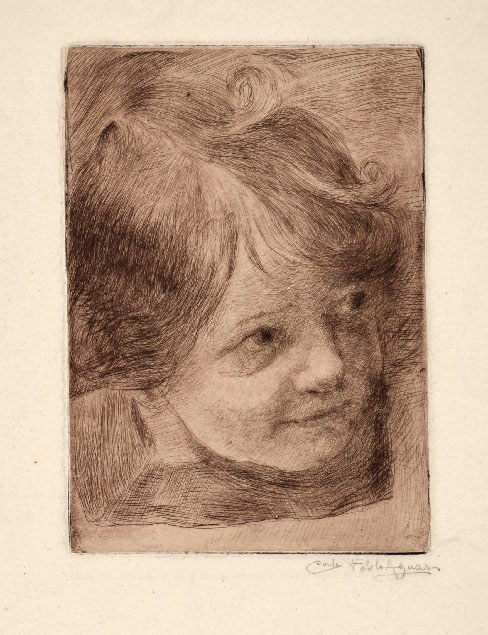 Drypoint, unknown to Mezzetti. A fine impression in sepia ink. Signed in pencil bottom right Carlo Paolo Agazzi. To the platemark 200 x 143 mm, the entire sheet measuring 310 x 243 mm. An impression of this print was exhibited in London, 1916, at the Esposizione d'incisione italiana promoted by Associazione italiana acquafortisti e incisori. Another impression is at the British Museum (Museum number 2009,7083.3)
PROVENANCE:
The painter Carlo Bellesia (Milan 1899 - 1973). At age 17, Bellesia, host of the male Orphanage of Milan (Martinitt), was hired as lithographer by Federico Marioni (Claro 1866 - Milan 1938). Marioni, himself an etcher, opened in Milan, in the last decade of the nineteenth century, a chalcographic atelier attended by many prominent artists as Conconi, Feragutti-Visconti, Russolo, Boccioni, Wildt, Grubicy, Agazzi, Ernesto Bazzaro. The activity of Bellesia at the Marioni atelier, allowed him to gather a collection of etchings by those artists. 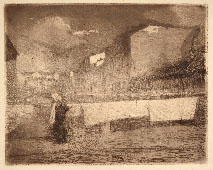