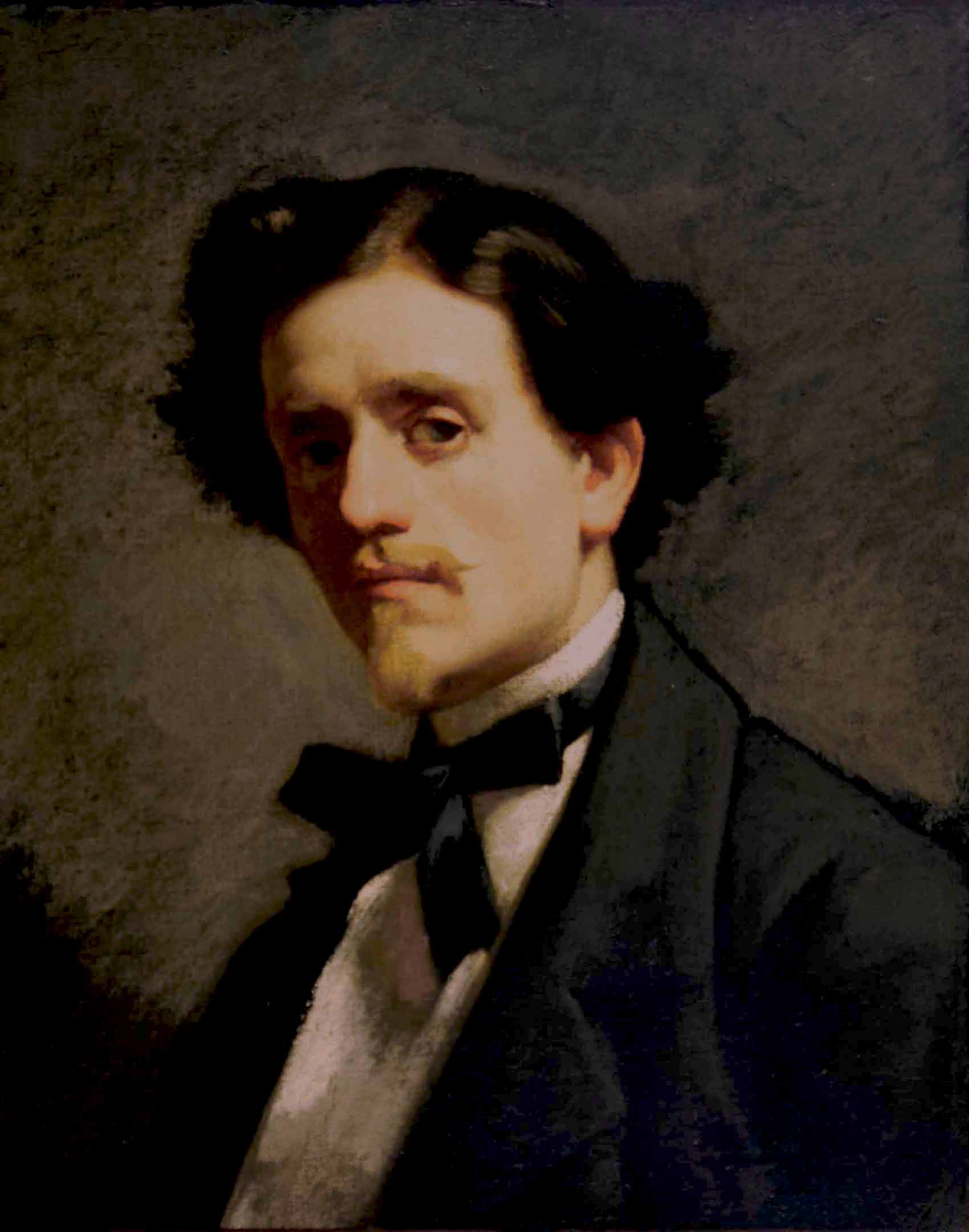 See here an image of the work framed

The painting dates back to around 1855, when Gordigiani frequented, at the Caffè Michelangiolo, the meetings of the Macchiaioli painters

Michele Gordigiani was the son of a famous Florentine musician. He first studied at the Academy of Florence under Giuseppe Bezzuoli, Luigi Norcini and Silvestro Lega, and also worked in the studio of Luigi Mussini. Around the middle of the sixth decade of the nineteenth century he began to frequent the Caffè Michelangiolo, a meeting place for the Macchiaioli painters.
Gordigiani distinguished himself, from the beginning, in portraiture. His first public appearance was in 1854, participating with two portraits to the Florence Fine Arts Exhibition. In 1859 the provisional government launched a competition in Florence and Gordigiani was awarded the commission for the portrait of Cesare Balbo, The following year, thanks to Countess Virginia Oldoini, he painted the portraits of Camillo Benso, Count of Cavour and of Eugenio Emanuele, prince of Carignano, who became his patron and commissione him the portrait of King Vittorio Emanuele II (1861). Official portrait painter to the House of Savoy, he was extremely popular with international high society. In 1867 in London, he painted portraits of Queen Victoria, and her consort, Prince Albert.