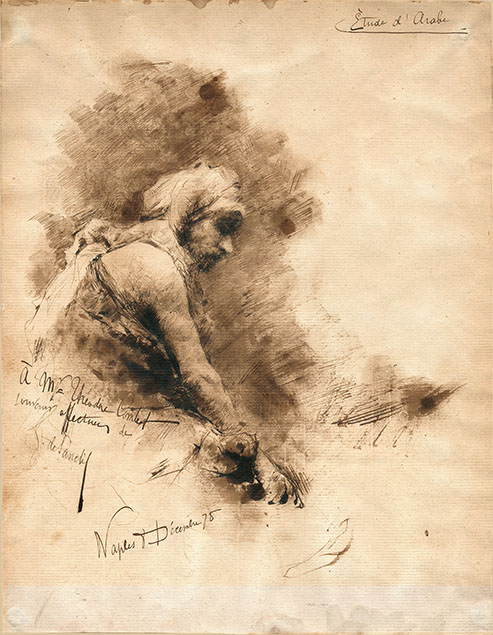 Giuseppe De Sanctis was the son of a businessman who loved music, art and the theater. As a result, contrary to the experience of many other aspiring artists, his family encouraged his desire to become a painter. He was enrolled at the Accademia di Belle Arti, where he studied with Domenico Morelli. Like Morelli, he was also influenced by Mariano Fortuny. After graduating, he went abroad; he stayed in London and Paris, entering into a relationship with Jean Leon Gérome, Pascal Dagnan-Bouveret, and with the Parisian art dealer Jean-Baptiste Adophe Goupil. He was a regular participant in exhibitions in Naples from 1882 to 1917 and participated in the Salons of 1890 and 1899. In 1901, he replaced his old mentor, Morelli, at the Accademia di Belle Arti, where he was later named a professor of etching and engraving.