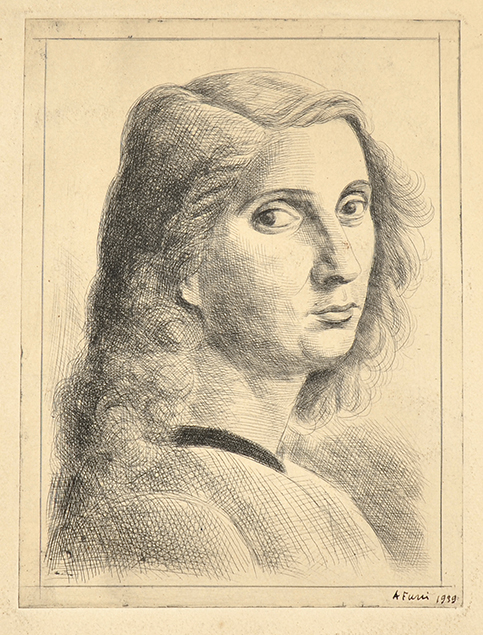 Funi studied at the Brera Academy in Milan. Influenced by meeting Umberto Boccioni and Carlo Carrà, he formed the Group Nuove Tendenze with Anselmo Bucci and Leonardo Dudreville and the architects Antonio Sant’Elia and Mario Chiattone. Funi adopted Boccioni’s and Carrà’s dynamic style and in 1915 volunteered to serve in World War I with other Futurists.
In 1920, Funi met the journalist and art patron Margherita Sarfatti, who took an interest in him as one of a group of artists whose work she believed represented modern Italy. He participated in an exhibition Sarfatti presented in 1923 entitled Sette Pittori del Novecento, which included Funi, Anselmo Bucci, Leonardo Dudreville, Gian Emilio Malerba, Piero Marussig, Ubaldo Oppi, and Mario Sironi.
Funi became one of the leaders of Novecento Italiano, taking part in the movement’s first and second exhibitions in Milan (1926 and 1929) The author of numerous frescoes in the 1930s, he was a signatory of the Manifesto della Pittura Murale together with Mario Sironi in 1933 and became one of the artists most esteemed by the Fascist regime, obtaining a teaching post at the Brera Academy in 1939. The period after World War II saw the continuation of decorative works for public and religious buildings in Milan.