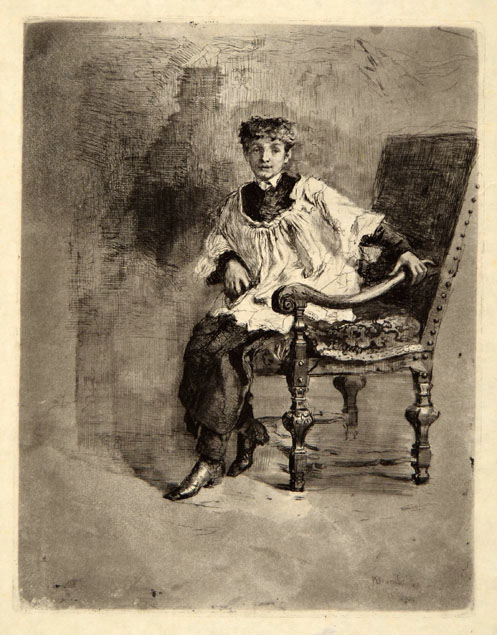 Etching, aquatint and roulette, Mezzetti 90. Signed in the plate MBianchi. A fine, rich impression of the first state, before the letters of the edition issued in 1880 for L'Illustration Nouvelle. Printed in black ink on ivory Japanese paper. Large margins, in very good condition. To the platemark 300 x 230 mm. The entire sheet measuring 420 x 290 mm.
As noted by Amalia Mezzetti the sitter of this portrait is Bianchi's nephew, Emilio Borsa (Monza, 1857 – 1931), who also became a painter. 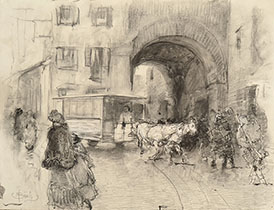 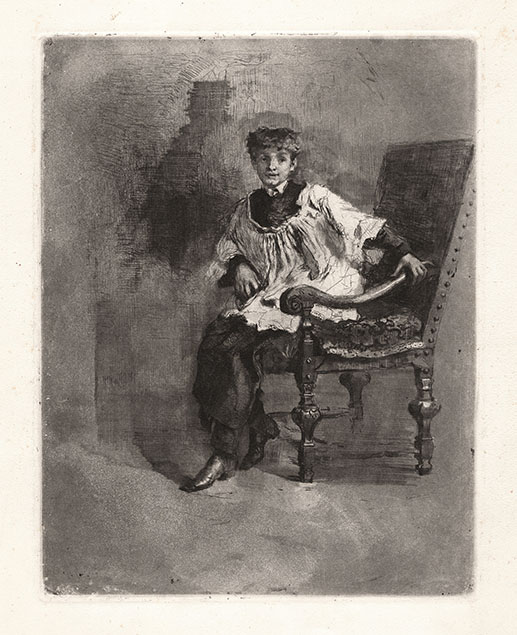 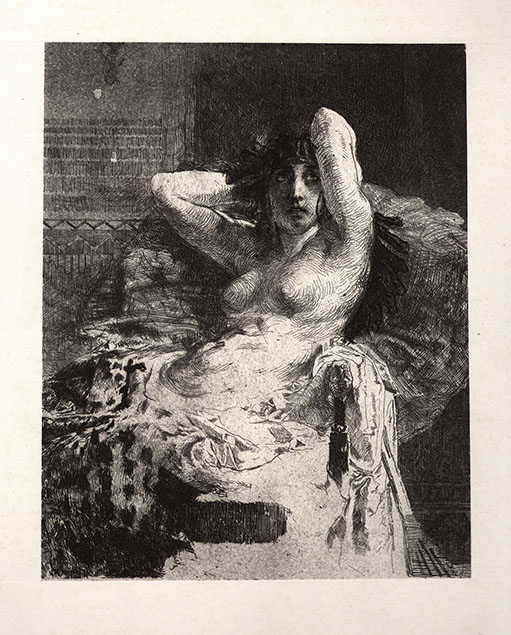 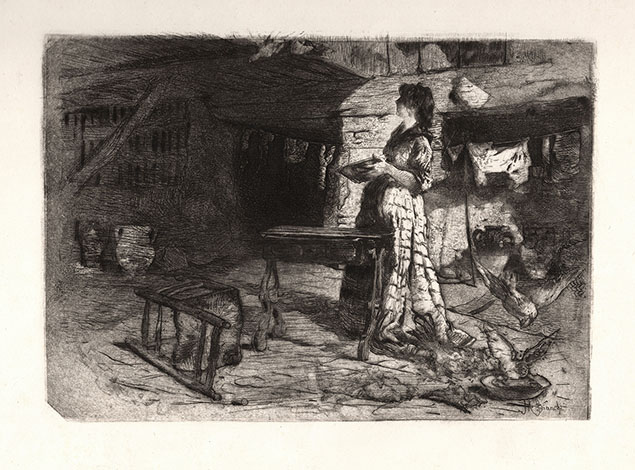 A STANDING FISHERMAN, SEEN FROM THE BACK, PULLING A ROPE
Black chalk
Sold
If you need more information...