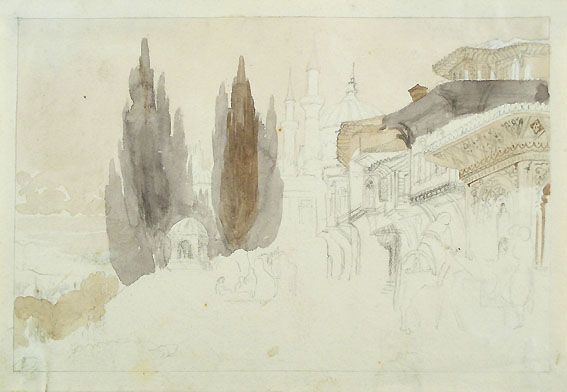 A painter and an illustrator, Cesare Biseo, pupil of his father Gian Battista, specialized in orientalist painting. He initially worked in decorative paintings of houses. He was then invited by the Viceroy of Egypt to Alexandria to decorate his palace. This trip gave him subjects for future works as painter. He returned to the Muslim world; for example, in the company of Stefano Ussi and Edmondo De Amicis. They were part of the first embassy to Morocco. With De Amicis, Biseo published a book on observations in Morocco and Costantinople, edited by the brothers Treves of Milan.