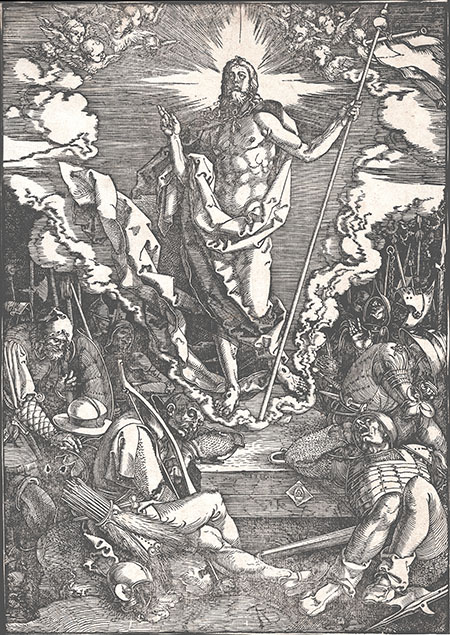 Woodcut, 1510, from the Large Passion. A good, strong impression in black ink after the text edition of 1511 with partial, indistinct watermark, at bottom. Bartsch 15, Meder 124, Strauss 151.

According to Meder, our copy can be described as an a/d edition after the text, as the woodworm hole in the mantle, near the right knee of Christ, does not yet appear. A few defects, clearly visible only on the verso; a central horizontal crease and a couple of tiny tears and thinnings in the paper. 392 x 278 mm.

THE VIRGIN AND CHILD SEATED BY A TREE
Engraving, REDUCED PRICE