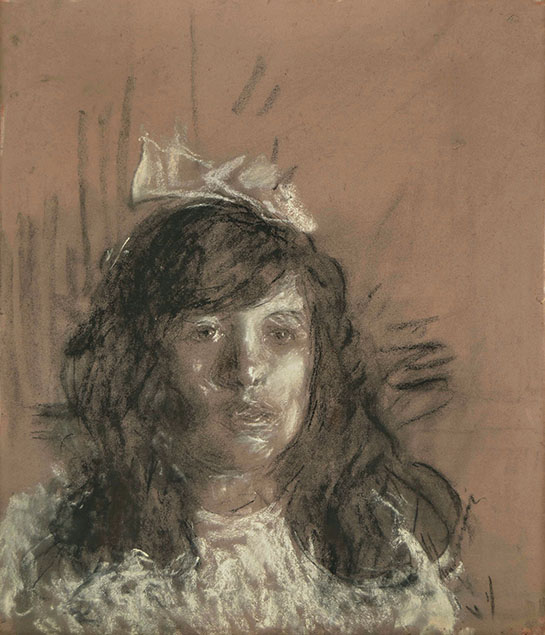 Charcoal and white crayon on brownish paper, mounted on canvas. Signed Mancini at bottom right. 49 x 42 cm.
Provenance: Galleria Milano, 1 / 7 /931, according to the labels on the back of the mounting

PORTRAIT OF MATHILDE DUFFAUD
Pen and brush with black and gray ink, SOLD
Price: 3.800,00 €
If you need more information...