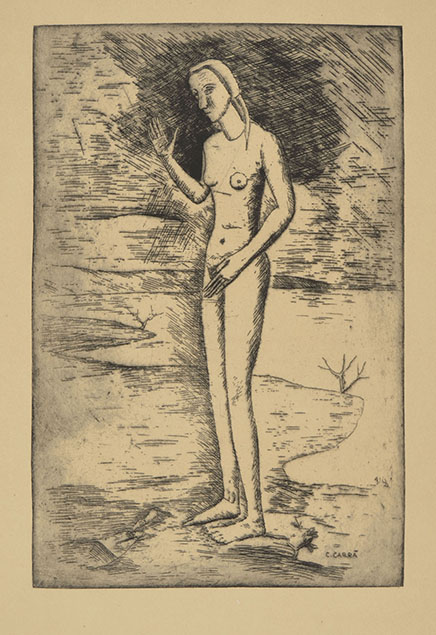 Etching, a fine impression, one of the very few copies printed outside the numbering in 1923 (the numbered edition was twenty-five). Signed in the plate C. CARRA’, dedicated, located and dated in pen at bottom right Agli amici Ada e Eugenio Chiostri / a ricordo del soggiorno di Massimo / Carlo Carrà / Milano 19 ottobre 938.
The dedicatee is the painter Eugenio Chiostri.
PROVENANCE: Eugenio Chiostri (1885-1973)
See M. Carrà, Carlo Carrà. Opera Grafica, Venice, 1976; cat. no. 10.
A later edition of ten exists, printed in 1951 but not for sale. As usual with Carrà’s etchings a posthumous edition of sixty was printed in 1971.
As Massimo Carrà remarked, this print and a drawing connected (1920) is the source of Carrà’s painting Venere Anadyomene (1944) 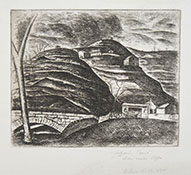 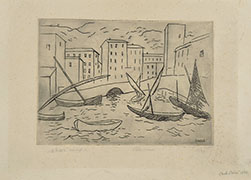