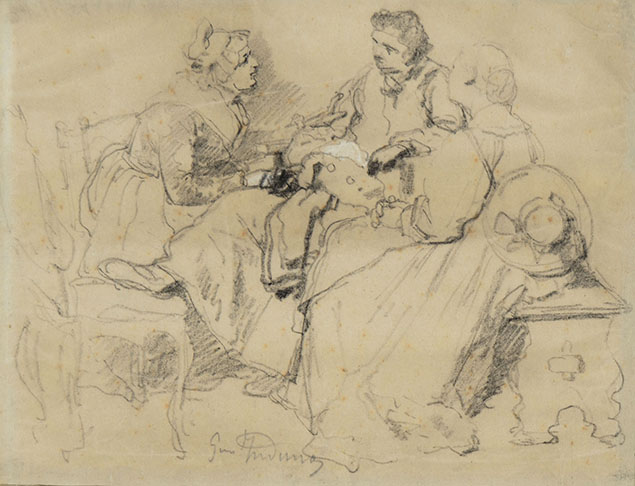 A student of Sabatelli at the Brera, Gerolamo’s first works were portraits and a painting, now lost, illustrating an episode of Manzoni’s I Promessi Sposi. He was a versatile genre painter, who, like his older brother Domenico, was inspired by contemporary reality. In 1848 he and his brother participated in the Cinque Giornate di Milano, the rebellion in the city of Milan which, after five days of street fighting, drove Marshal Radetzky and his Austrian soldiers out from the city. Gerolamo also partecipated in the Crimean War (1854/55) and in 1859 fought in Garibaldi's army. From 1860 he devoted himself almost completely to paintings commemorating and celebrating episodes of Risorgimento, creating an iconography of the Italian struggle for independence.

YOUNG PEASANT STANDING WITH A PLATTER WITH FRUITS
Black chalk
Price: 2.100,00 €
If you need more information...