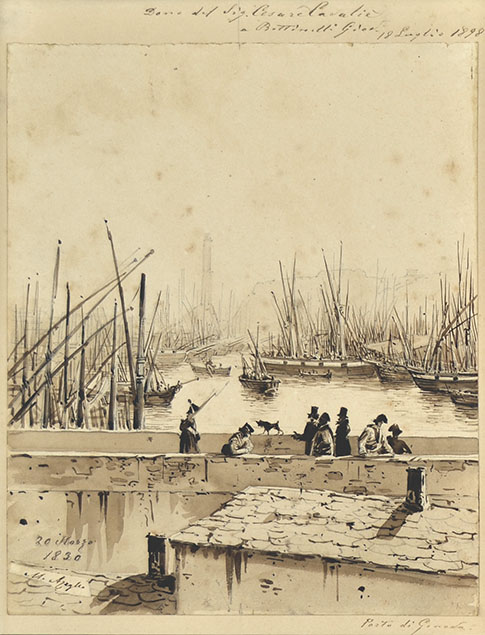 Massimo Taparelli, marquis d’Azeglio, was an aristocrat, painter, author, and statesman. After spending his youth dedicated to painting (1820–30 at Rome), d’Azeglio wrote two obscurely political novels, Ettore Fieramosca (1833) and Niccolò de’Lapi (1841). These marked him as a relatively moderate leader of the Risorgimento. His chief work, Gli ultimi casi de Romagna (1846), is a trenchant political critique of the papal government of Romagna; it demanded that its populace renounce local revolts and show confidence in the Piedmontese king of Sardinia, Carlo Alberto, who would head a liberal Italian federation. D’Azeglio fought against the Austrians in the Italian liberation movement of 1848. WhenCarlo Alberto, defeated by the Austrians first at Custoza (1848) and then at Novara (1849), abdicated to his son Vittorio Emanuele II, d’Azeglio was named prime minister of Piedmont-Sardinia on May 7, 1849. His most important piece of legislation, the Siccardi laws of 1851, abolished ecclesiastical courts and immunities. He also invited Camillo Benso, Count di Cavour, then a rising young politician, to enter the ministry in 1850. D’Azeglio resigned on Oct. 30, 1852, because of a disagreement with Cavour, who had become his finance minister. He retired from public life and served only in minor political roles thereafter. During his last years he wrote his memoirs, I miei ricordi, unfinished and published posthumously in 1867.