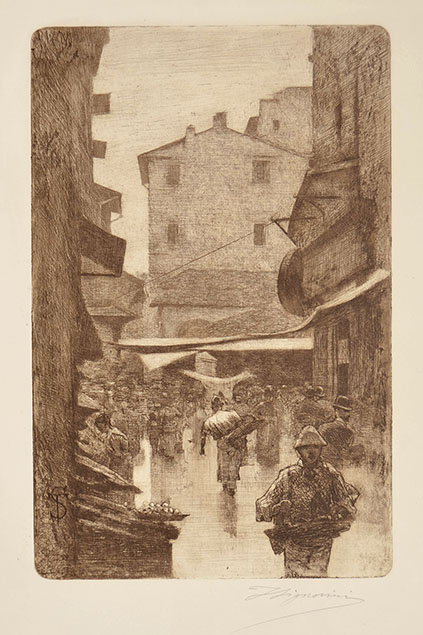 Etching, from the series devoted to the Mercato Vecchio, in Florence. Signed with monogram in the plate and signed in pencil TSignorini at the right of bottom margin. A fine impression printed in sepia ink on white wove paper, with full margins. Minor flaws at margins, generally in very good condition. To the platemark 367 x 237 mm, the entire sheet measuring 650 x 470 mm. 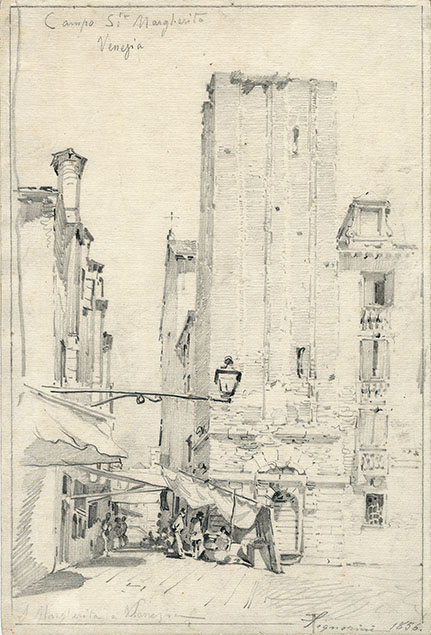 CHIOGGIA: FISHERMAN ON THE PIER
Black chalk
Sold
If you need more information...