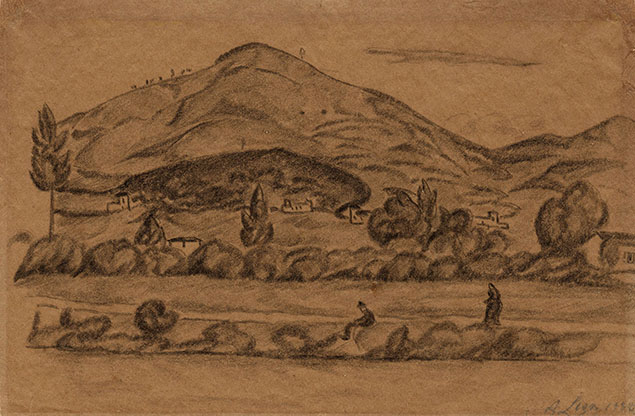 Black chalk on brownish thin wove paper. Signed and dated lower right A Lega 1932. 168 x 255 mm.
Provenance: Two labels on the back of the frame affirm the original provenance of the drawing from the Lega family and the participation in the art exhibition at the Malatestiana Library in Cesena in 1935. 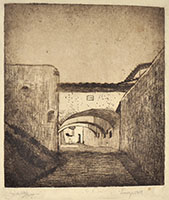