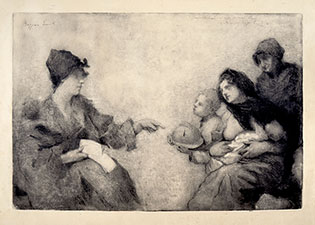 SYMBOLIC SCENE: A WOMAN ASSISTING THE FAMILY OF A FALLEN FROM THE 1915-18 WAR
Etching, REDUCED PRICEv 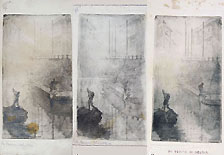