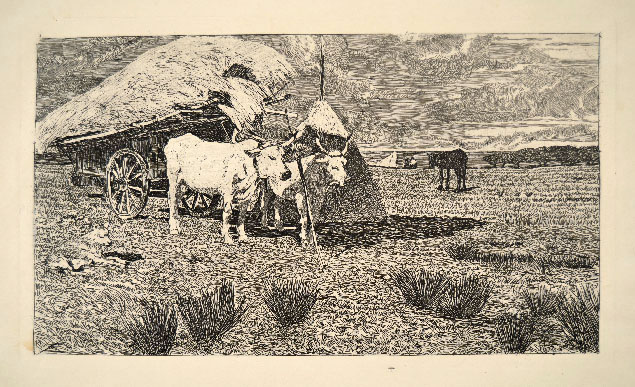 Etching on zinc, Baboni-Malesci CLXVI. Signed in the plate Fattori.
A fine impression pulled in black ink, during the Artist's lifetime, on a peculiar kind of ivory wove paper, thick and stiff, quite similar to modern coated paper. This kind of paper gives a particularly bright appearance to our impression. I directly compared our print with the very early impression, before the reduction of the plate, which is preserved in the Bertarelli collection, Milan (Mod. m. 20-2). Both the impressions show a similar fineness of the more lightly etched lines, as in the hay on the cart. The print has large margins. There are a few minor faults at the margins, including that, on the two smaller sides, the margin has been folded back for less than two centimeters. Generally the print is in very good condition.
PROVENANCE: originally part of a lot of Fattori's etchings coming from Majno family, sold at Finarte in March 1999. 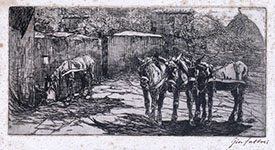 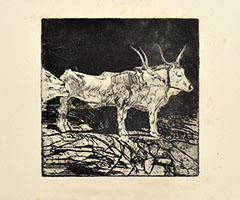 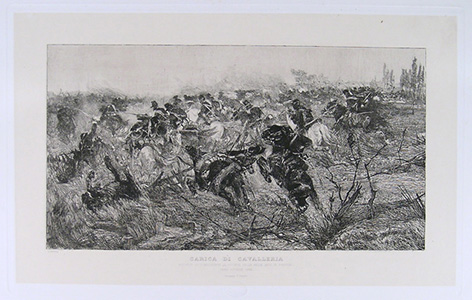 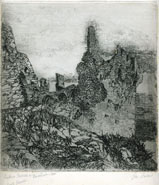 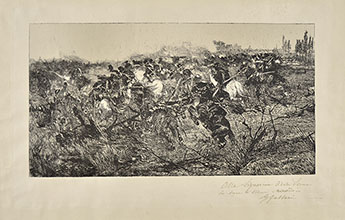